After a long summer, this month marked my return to Orlando, FL for Automattic’s annual all-company gathering: the Grand Meetup. It was my 5th GM (having missed a previous year for wedding season) and professionally it was one of the more productive GMs I’ve attended. The flip side is that I didn’t take nearly as many photos as in previous years (#, #) and only had a chance to take a couple of dips in the pool 😀

As always, the people are what make these meetups so amazing and my colleagues were typically patient with me as I snapped their photos throughout the week. As in past years, there are social events going on throughout the meetup which is a great opportunity to bond with teammates and make new friends. Also back by popular demand was the silent disco which is always one of my favorite experiences.

I decided not to go with the massive Canon 50mm f/0.95 lens I used last year as it literally weighs me down, but in retrospect I regret that decision a bit as the incredibly shallow depth of field made the sea of neon headphones look amazing. The Canon 50mm f/1.4 LTM still did a nice job, however.

The closing party has been epic in previous years and I always felt a bit hindered by having the heavy Leica M 240 hanging off my shoulder. This year, I went with the Sony RX100 on closing night as it’s actually small enough to fit in my pocket.

The tradeoff is that I hadn’t used that camera in years and it took me a while to remember how to calibrate all the settings. The dim lighting in the venue was also tough on the f/1.8 aperture of the fixed lens (even narrower when zoomed in) and I didn’t love the results. I was still able to catch a few moments of fun nonetheless. 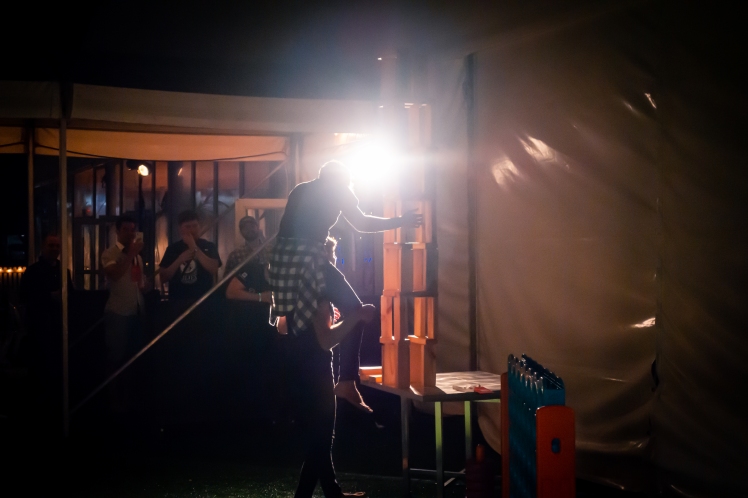