I’ve been to Scotland before. Following a work trip in 2015 I spent a short time coworking and traveling around Europe with my pal Clicky Steve who was nice enough to let me crash at his place in Glasgow for a few days. Now, a couple of years later and on the way to another professional visit to the EU, Steve and his wife extended their hospitality yet again and were, as ever, gracious hosts.

While we did spend at least a few days in Glasgow before heading to Brussels for work, Steve and I took the train for a day trip to Edinburgh which I had never visited before. For the record (and for any Glaswegians reading this), I genuinely love the culture, people, and atmosphere of your city. But I also have to say, Edinburgh was a cool place to visit 🙂

After disembarking the train, we headed straight up the Royal Mile that ultimately leads to Edinburgh Castle which was quite the sight—and conveniently has public restrooms. We may have had a few drinks on the train…

Through a series of steep, curvy roads we made our way down towards the center of the city to have some lunch, sample a few local beers, and check out more sights. At some point we ended up in front of the Greyfriars Bobby statue which people from all over the world had seemingly come to see. There’s a cool story there, but it did make me immediately think of other “loyal dog” folktales I’ve heard before. Not discounting it, but I may have forgotten to touch its nose for good luck 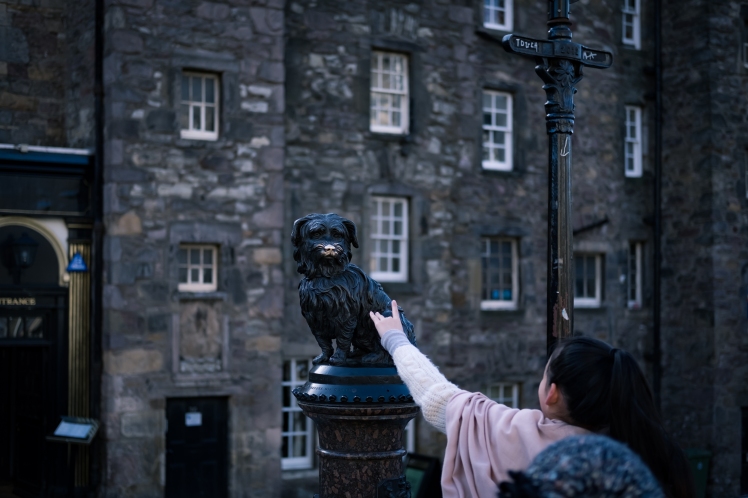 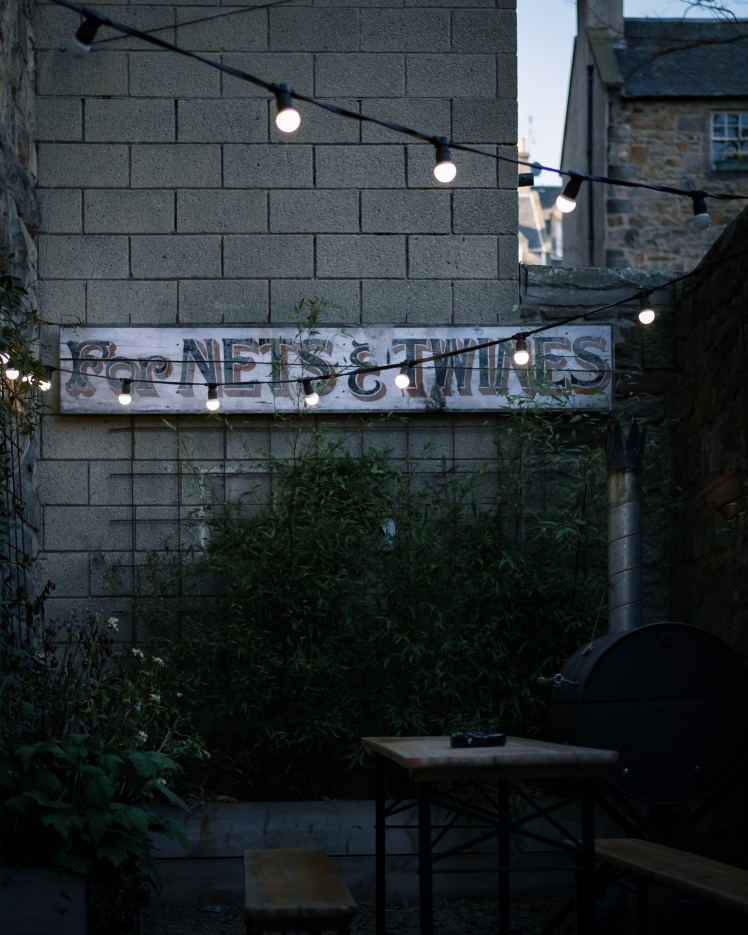 Before long, the sun was sinking lower in the sky so we made our way up to Calton Hill which provides some rather breathtaking views of the city. It was a gorgeous day by Edinburgh standards as indicated by the locals who were wearing shorts and eating ice cream in weather where I would not be caught without a coat. Nevertheless, the panorama from atop the hill was amazing.

Turning in place 360°,  once can take in most of the city on either side, Arthur’s Seat to the South, and the North Sea to the…North. We spent a fair amount of time up there taking some photos and people watching before eventually heading back towards the train to Glasgow. 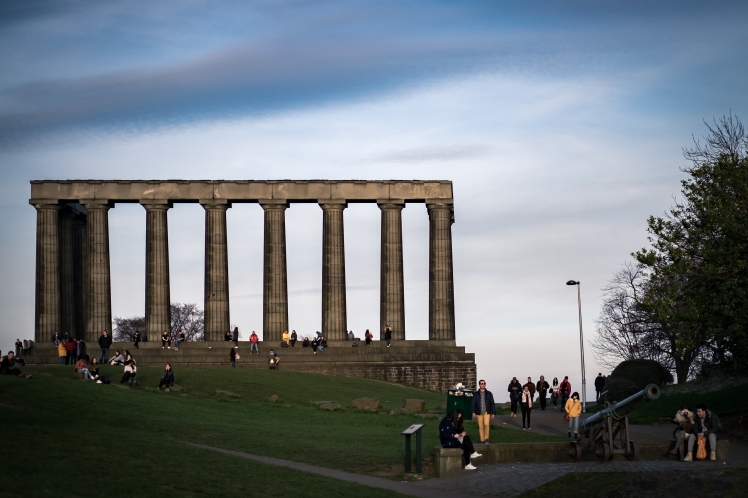 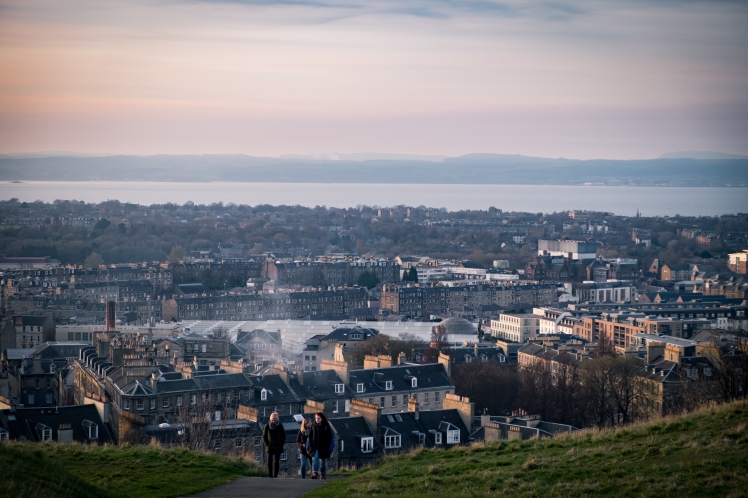 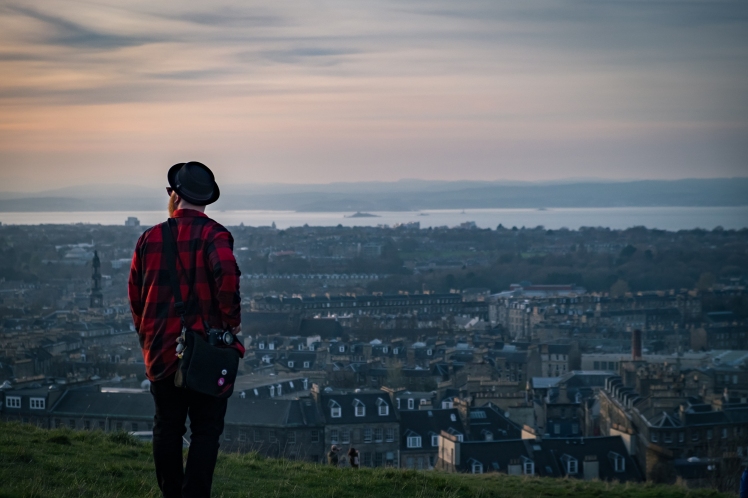 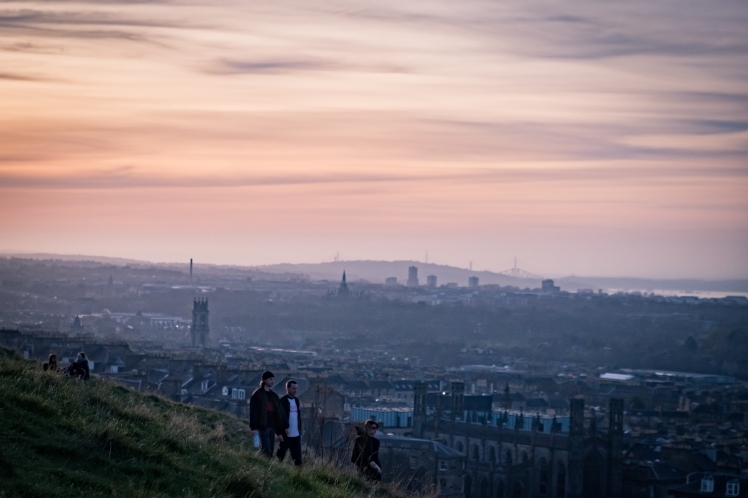 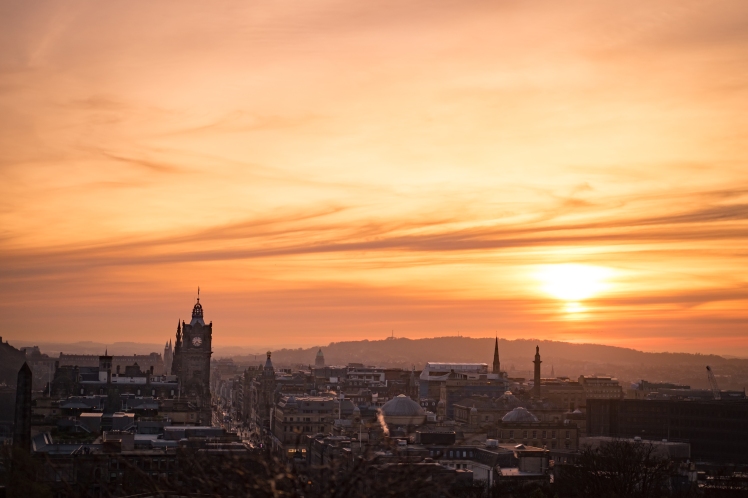 We grabbed some interesting bottles of beer in Edinburgh for the ride back West. I’m not sure exactly what time it was when we finally arived, but a day of taking in all of this Scottish culture wouldn’t have been complete without some high shelf Scotch, so we made our way to the Pot Still in central Glasgow for a nightcap.

The following day we’d be off to Brussels, and while my time in Edinburgh was brief, it was really interesting to see such a different side of this country I’ve grown so fond of. Next visit, my goal is to see the Highlands and, naturally, to visit Kirkwall. Perhaps in the next couple of years… 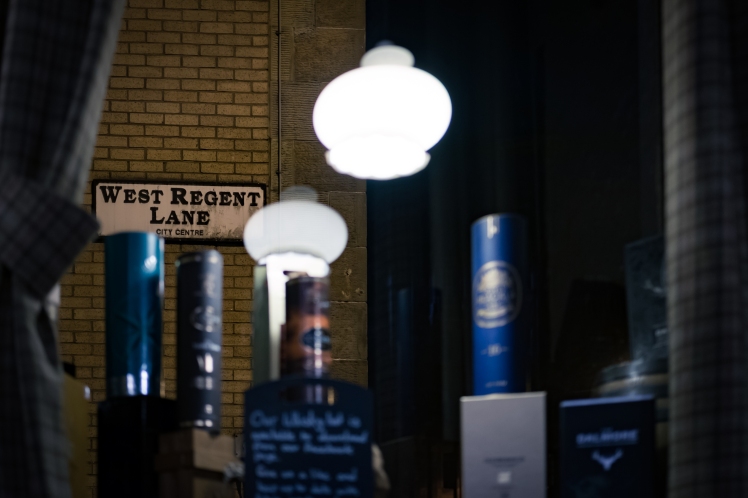